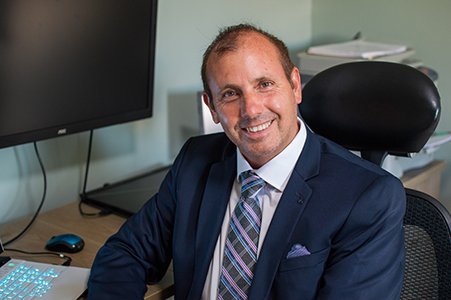 Gottalife Group International was founded by Dr. Kenny Russell in 1998, born in Scotland, a time-serving entrepreneur, broadcaster, executive producer, business advisor, and international speaker. His doctorate is in theology and he passionately commits his life to help others achieve their life goals. Kenny teaches about knowing your personal and corporate vision and how to expand into new markets and nations. This has always been a great positive for our clients knowing Gottalife has a founder and leader who is not insecure in what he does.

“Many people fail at this very important point in running a business. The reality is you will face challenges, delays, and failure but how you handle it will determine the outcome.” Kenny Russell

A global perspective with decades of overcoming client business pressures and opposition to the mission. Kenny knows exactly who he is and lives his life on purpose were shrinking back in the face of crisis is not even an option.

“Kenny is the real deal and when looking for a breakthrough strategist, one meeting or introduction phone call will be all it will take to know you have engaged with the real corporate pioneer!” Bob

With launching businesses since his childhood, it did not take long till he started to be recognized in the early ’90s for successfully performing crisis management and restructuring businesses, rescuing multi-million dollar contracts, to increased productivity as well as consulting on new projects and start-ups.

Through these years he worked across many markets from the music industry, Contract hire fleet vehicle supplier, The automotive industry – Ford, Toyota, and Honda (emergency-part supplies) all the way to the UK national food distribution logistics. From specialty fragile goods to national distribution contracts, to launching broadcast TV and Radio Networks. Playing a part in pioneering digital media and telecommunications technologies. He still owns and operates TV production studios specializing in all aspects of broadcasting services. Creative Design, corporate identity, and coaching corporate visionaries with clients from around the world. Today Kenny offers hope in what it truly means to live the pioneer life.

Kenny Russell, while still in his 20’s, became one of the highest-paid advisors in telecommunication in Europe closing an independent deal for $24million. Kenny sold his telecommunications company later to invest in the development of digital media and was invited to be the president of a public company in London. At this position, he directed the technical/management team forward with the first graphic integration across multi-channels using fiber channel technology and the launch of Superscreen™. This included multi jumbo screens, which had an unlimited signal distribution system used for the LA Marathon by installing a 75×20 foot screen at the finish line. This advertisement media platform was a tough market in 1999/2000 even though we had so many positive exposures! The big problem was the cost of the jumbo screens. With this, they were forced to expand into the television broadcasting market which was a natural progression for this technology. This opened the doors to TV digital play-out and content storage for networks as well as showing investors they can be successful in the slowdown of the advertisement industry. The technology was called “On Air Systems™” (now re-branded Oasys) and is still going strong! Head Offices are situated in London, UK.

Today Kenny resides in Israel with his family and is actively involved in a business development internationally and travels extensively as a public speaker, running businesses and non-profit companies focus on training, equipping, and releasing people into their destiny.